4 Pearls of Wisdom from the Female Leaders Who Live Them 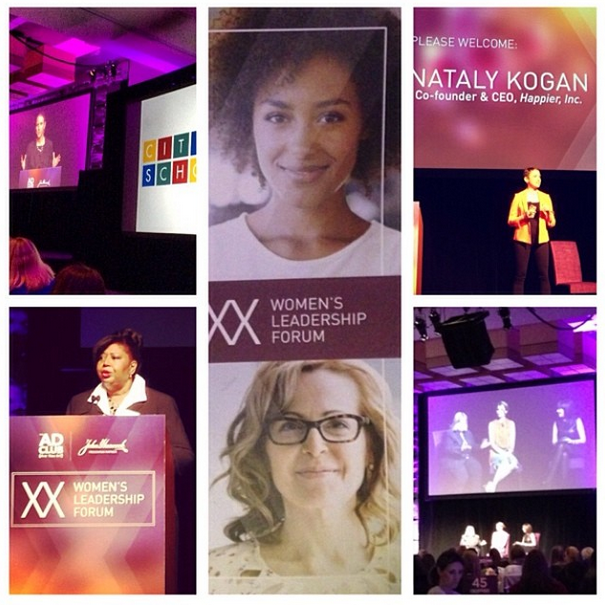 What do a Boston Marathon survivor, an American history scholar, a Russian immigrant, a Republican strategist and a junior at Harvard all have in common? Each of them are proud female leaders – and you can bet they have a story to tell. Fifteen brilliant, talented women spoke at the Ad Club's 2014 Women's Leadership Forum during an all-day event at the Westin Boston Waterfront Hotel on Wednesday, March 19th.

I had the honor of being a part of the hundreds of participants that got to see what make women “exxceptional.” No, that's not a typo. The event was a celebration of the female chromosome, shown by large XX's lining the venue walls. The Ad Club President, Kathy Kiely, defined “exxceptional” as “courageous, intelligent, brave, determined, and passionate.” She said the speakers would make us laugh, cry, and leave us amazed. And the event didn't disappoint on that front, while providing me with inspiring and useful takeaways. Below are four pieces of wisdom I know will stick with me for a long time to come.

The Secret to Getting Ahead Is Getting Started

Kathy Kiely opened the event with this statement, and it rang true with each speaker. It was especially significant for Brenda Palms Barber, creator of job program Sweet Beginnings. After reading how scarce the job market is for ex-convicts, Palms Barber was inspired to help them turn their lives around. Her program provides those individuals with “green collar” jobs, producing honey-based personal care products. She talked about how most people responded negatively to her idea, which made her doubt herself and the program. Then she decided to just go for it. Now, she has employed over 383 individuals. What's more, the rate of former Sweet Beginnings employees committing another crime is less than 4%, compared to the national average of 65%. 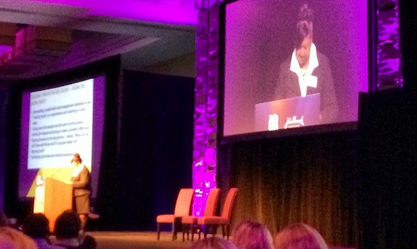 The Only Boundaries Are the Ones You Set for Yourself

If anyone knows this to be true, it's Ana Navarro, CNN Political Contributor and Republican Strategist. Navarro is a Nicaraguan immigrant, a Republican and a woman. She explained that given her background, all odds were stacked against her. When asked how she became so successful (even becoming Senator John McCain's 2008 National Hispanic Co-Chair), she said she worked hard and refused to set boundaries for herself.

The importance of letter-writing was also a common theme at the forum. It all started with American History Scholar Ellen Fitzpatrick, the author of seven books including “Letters to Jackie: Condolences from a Grieving Nation,” which was also made into a Discovery Channel documentary. She decided to write the book after gaining access to letters Jacqueline Kennedy received following the assassination of President Kennedy. She was touched by “the eloquence of ‘so-called normal' people,” and how the nation came together in support of their country.

The importance of letters translates in business as well. Former Special Representative to Muslim communities, Farah Pandith, told the audience about writing letters back and forth with former First Lady Barbara Bush while she was in college. The correspondence eventually led to an invitation to Washington DC - and a job offer.

CEO of Havas Media, Lori Hiltz, shared her staff members send letters to clients in addition to emails. She said the company spends “tens of thousands” of dollars each year on stationery to ensure personal relationships.

Recently-named President of Mullen, Kristen Cavallo, quoted Madeleine Albright's famous saying, “There's a special place in hell for women who don't help other women.” She said that one of the keys to succeeding in the industry is strong relationships with other women, and refusing to judge one another. She added that one of her favorite parts of her job is being a mentor to her female co-workers.

Navarro agreed that women can be judgmental of one another – and that it needs to stop. “Do men say that other men need to lose weight? Or ‘what they were thinking?' when they did their hair that morning?”

As Kathy Kiely promised, the event was inspiring, moving and thought-provoking. But most of all, it made me proud of my female chromosomes, and even prouder to work at Tier One, where I'm surrounded by smart and supportive women. Now that is truly exxceptional.

Are You a Good Listener?

April Fools! Getting the Last Laugh with Brands and Pranks