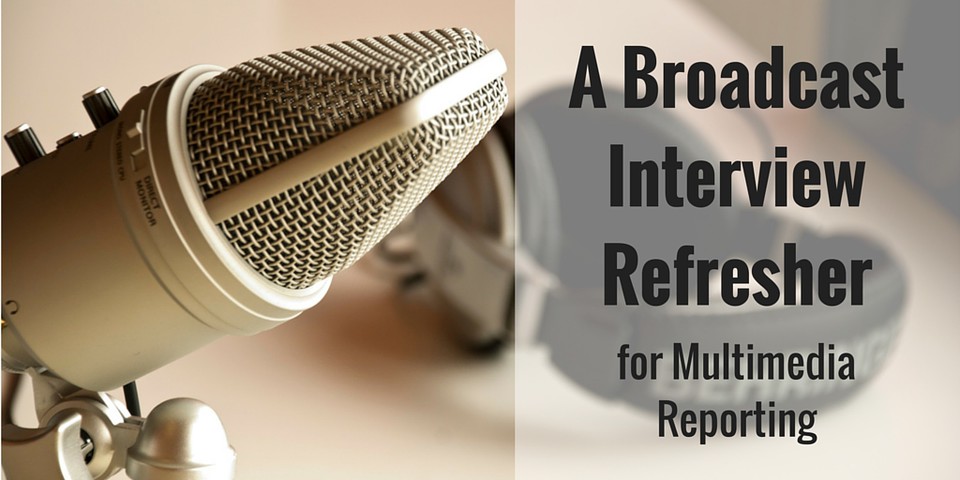 used to be that when you headed into an interview with a print reporter, you brushed up on your basic media interview tips and rarely relied upon those broadcast interview pointers you learned in media training.  It was just a print interview after all—no video cameras were involved.

But today’s print journalists have a different mind-set.  They are writing for their digital medium just as much as for print, and embracing multimedia reporting to add depth, drama and color to their stories.  With their smartphones and iPads by their side, reporters can effortlessly shoot video or record sound bites for inclusion in their stories or a complementary social media post. Statistics show that a social media post with an image or a video performs significantly better than one without.  Photo journalists are also taking advantage of video to add another layer of depth to their visual storytelling.

So consider this blog post a broadcast interview refresher to help you prepare for the unexpected whenever the video camera starts rolling during an interview so you can adapt in seconds flat to broadcast, podcast, or whatever else pops up.

Talking in sound bites is an essential skill for all media interviews, but it is especially important for broadcast. Sound bites are those perfectly quotable moments that reporters and publishers love to highlight. (In the print world, they call them pull quotes.) It’s a reporter/producer’s job to take what a spokesperson is saying, whittle down the information, and choose the quotes they like best.

Most broadcast news stories are fewer than two minutes long, and the average sound bite is about 10 seconds.  This means your responses for a broadcast interview must be even briefer and tighter than in print interviews. Focus on making your comments simple, conversational, and easy for an industry outsider to understand (no jargon!). Don’t respond too quickly; pause briefly before answering. This helps the reporter get a "clean" sound bite and also has the added benefit of allowing you time to think through your answer.  A good formula to follow is to repeat the question in your answer and then go on to provide a brief explanation and reasoning.  Remember, if an interview isn’t live, in most cases it’s okay to stop and start over again if you don't like the way you worded your answer.

Check out this great list of 10 types of sound bites from Mr. Media Training that reporters are most likely to quote. If your sound bites stand out to reporters, chances are they’ll stand out to viewers or listeners at home as well!

The best thing you can do, regardless of the interview style, is to rank your thoughts in order of importance, with the first being the one message you absolutely have to communicate, down to the least important. This will serve as a big help once time constraints are put in place.

So, the camera starts rolling and suddenly the only thing on your mind is your body language a la Ricky Bobby in Talladega Nights: 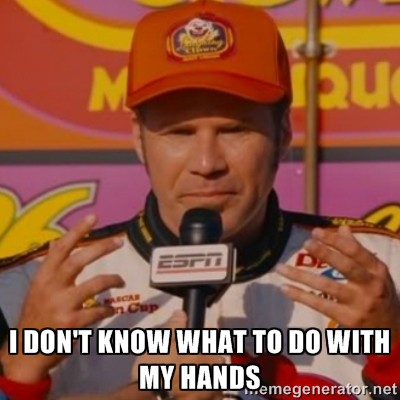 Remember, regardless of their form, the best interviews are conversational in nature. Don’t stare at the camera. It might sound like a cliché, but pretending the cameras aren’t there will help you convey the proper body language without even thinking about it. It’s best practice to maintain eye contact with the reporter. The one exception to this rule is in a satellite interview, when the reporter or anchor may not be on location, and you should be focused on the camera.

To look fully engaged in conversation, one tip many media pros recommend is to sit up straight and lean in slightly towards the interviewer as you would when talking to a friend. If it’s normal for you to talk with your hands, don’t stop yourself—it will be more distracting if they are unnaturally plastered to your side. Any hand motions can also help the viewer remember exactly what you were saying. For example, if you have three points to make and naturally count them off on three fingers those watching at home will most likely remember your three points because they’ll attach it to the visual of you counting. Natural vocal variety—inflection, pace, tone, and volume—keeps listeners engaged as well.

Though it might seem like second nature to nod in understanding to the question being asked during a print interview, avoid it when you’re being recorded. This is one of those things you’ll have to think about specifically for a broadcast interview. To viewers at home, nodding suggests that you are agreeing with what is being said, so it might come as a surprise to them when you stop nodding and deliver an answer that isn’t in agreement! Try to nod only when you agree with what the interviewer is saying.

Smiling adds a touch of confidence to the sound of your voice that listeners can pick up on, even if the cameras aren’t rolling. Your voice and body language are very important.

Whenever you’re meeting with the press, dress professionally.  As we’ve noted previously, there’s always the possibility that photos or videos could be taken.

Err on the side of simplicity and wear a bright, solid color. Darker colors work better on camera than pastels.  Busy patterns are often distracting and you don’t want anything to take away from the messages you’re communicating in the interview. The same goes for big jewelry.

Even the most prepared among us can use a little extra help sometimes, so here are a few bonus tips for those extraordinary situations:

Given how fast technology is evolving and the speed at which the media is adjusting to these advancements, there’s no such thing as being overly prepared for an interview.  If a print interview unexpectedly transforms into a video Q&A, do a quick run through in your mind about what makes each medium different from the other and how you should adapt to match the new format. And most importantly, keep your message focused, on-topic and remain conversational.  The rest should follow naturally.

What motivates me? Challenging the status quo. I love stepping back and analyzing a PR program to determine if there’s a better way to move our clients closer to their goals. I'm constantly scouting out innovative new approaches, tools and technology – anything that holds the potential to really deliver. And, when I discover one with merit, there's nothing more rewarding than getting up to speed, putting it into action and generating big results – that, to me, is hitting it out of the park!