Confessions of a Podcaster 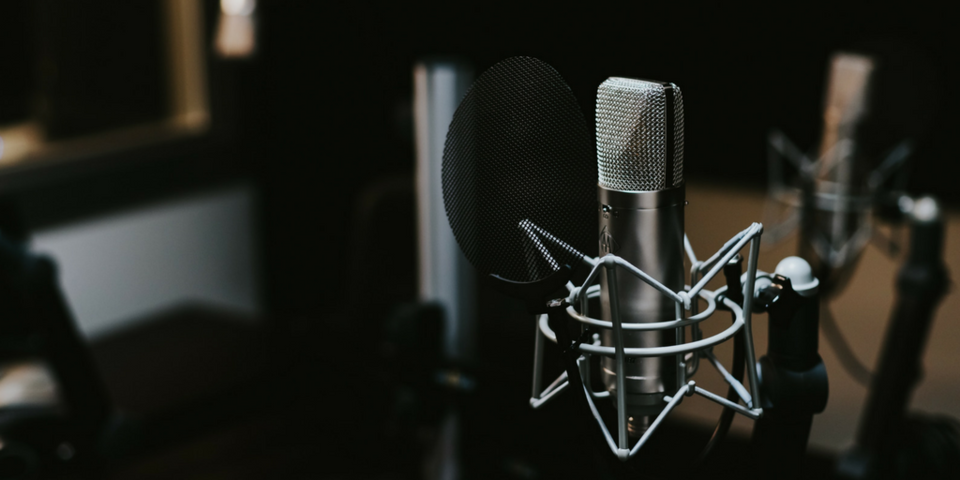 Podcasts have been on the rise for the past few years. These radio shows for the 21st century, if you will, are being utilized by everyone from celebrities to brands to everyday people. This opportunity to communicate directly with an audience on a more personal level is truly too good to miss. I (an everyday person) am the co-host/co-founder of a podcast called Pancreas Pals. My friend and fellow type 1 diabetic Emily and I started PP when we realized how comforting it was not only to talk, but to listen to someone with thoughts and feelings that resonated with our own. PP has developed a solid, loyal following and become a true brand. We did have to learn a lot of podcasting lessons before season 1 really hit its stride. So listen up: these are the confessions (and lessons learned) of a podcaster.

It can be hard, but you need to let people in.

In order to engage an audience that can’t see you, there needs to be some kind of connection, or a level of trust between host and listener. Content is the message but you are the verbal vessel. Your audience is tuning in to hear you as much as they are tuning in to hear about the topic. It feels weird at first to get personal with an unknown group of people. Even if all you’re revealing is the tea you’re drinking or describing something about the room you’re recording in, it goes a long way. Remember, if you let listeners in, they will return the favor. And loyal subscribers, who are willing to share your material, are infinitely more valuable than one-time listeners.

Some episodes are easier to promote than others.

Consistency and reliability are key to maintaining an audience for a podcast, that means posting as frequently as possible. It’s great when you have a guest or product to link to or tag on social media as you promote an episode, but sometimes it’s necessary to rely on internal creativity and savvy to make your content click-worthy and share-worthy. Every episode should present new information, make a meaningful observation or even just offer a fresh perspective on old news. Develop your ideas thoroughly before you record and before you post that recording. Know what hashtags to use and try to tie in recent so content current. It’s great when life gives you lemons, but sometimes you need to get your own lemonade ingredients.

I have thought, “I can cut this out later.”

If an unexpected comment or question turns up, your immediate response is not going to be as eloquent as you want it to be. It is tempting (and distracting) to think about where you should cut the conversation and edit out a chunk of the recording. There are no rewrites in verbal communication. Even though the technology exists, and is often necessary for a pre-recorded podcast, individual conversations should not be tampered with. You may question your journalistic integrity, but don’t compromise it.

I don’t always know what I am talking about.

And that’s ok...as long as you’re upfront about the fact that you’re guessing, sharing an opinion or making a joke. Pancreas Pals is about an actual disease and neither Emily or I are an actual doctor. We still have Diabetes so we have genuine insights, but we aren’t qualified to give legitimate medical advice. If the conversation is moving towards an unfamiliar subject matter, you can (and should) do one of two things: Edge the conversation back to something you can comment intelligibly on, or admit upfront that you’re officially participating as a learner, not an educator.

Sometimes I still think about visuals.

Visual components have a place in a podcaster’s world. Branded social platforms are the perfect place to give your followers behind-the-scenes access. Don’t undermine the power of your audio-driven storytelling by filming your podcast (let’s not reinvent television here) but you can post a short video tour of your recording space. If you have a guest host coming in to record an episode, post a quick photo with before you release that episode and give your listeners something to look forward to.

Harry Potter could do what I do (when he still lived under the stairs).

I have recorded my portion of every single episode of Pancreas Pals in my basement apartment. Yes, I use a beach towel to cover the bottom of my door to keep excess noise out. The point is that modern technology makes audio production entirely possible for anyone with standard recording equipment to podcast; all I use is a laptop, headphones and a voice memo on my smartphone. Low budget does not have to mean low quality. As long as you have the audio files, you can arrange music, interviews and background noise to create a podcast that you’re proud of and communicates the message in an effective way.

Podcasting looks (and sounds) very different in 2017 than many people thought it would. The concept of a show without visual stimulation seems a bit outdated in a world where you can ask your cellphone a question and it actually answers you. Being a podcaster can be challenging, frustrating and bring out intense vulnerabilities. My last confession is that there is nothing more rewarding than being able to make a difference in the lives of listeners who tune in every week to listen to connect with like-minded people, even if they’re just listening.

10 Tips for an Effective Brainstorm