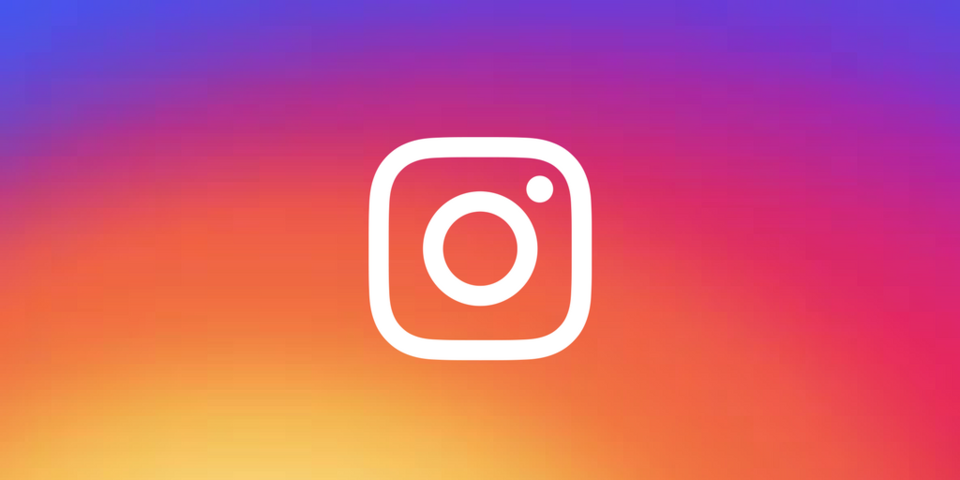 An Instagram Story is a temporary post (or a series of posts) that can be a photo or an (up to) 10-second video clip. How does a Story differ from traditional Instagram posts? They only last for 24 hours. They are NOT archived Instagram posts, meaning a Story will not appear on your page or in the timeline feed, but instead above a user’s Feed or via a user’s profile picture.

As with any new social media feature, brands have been jumping on board with Instagram Stories from the beginning, exploring the new ways to engage with target audiences on this very visual platform. However, they also are enjoying the features that fill Snapchat’s shortcomings - Snapchat’s challenges when it comes to growing a following, not to mention its inability to show your Stories to those who don’t follow you (unlike Instagram Stories appearing in Explore if your profile is public).

To inspire your company to use the Instagram Stories feature, here are just a few examples of how brands are sharing effective, engaging stories.

Whether you’re hosting or attending, using Instagram Stories at events is a new and exciting way to captivate viewers. The Consumer Electronics Show (CES) used its Story to showcase some of the new technology (i.e. quantum dot televisions) at this year’s event to engage those attending and give followers at home a closer look at the event. The next time you want to capture the essence of your event, invite followers to experience it with you through a Story! 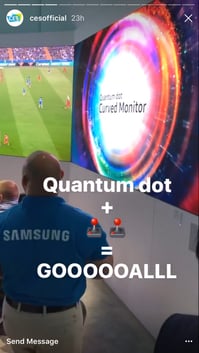 Influencer marketing is a tried and tested strategy to spread the reach of your content through influencers who are relevant to your messaging.  Ralph Lauren has done just that on Instagram Stories with some help from Jim Chapman,  a British YouTuber who has amassed an audience of almost 2.6 million viewers for his weekly videos. Within the last year, Chapman has built up a reputation as a fashion icon. Ralph Lauren has taken steps such as sponsoring his looks at award shows to show that they endorse Chapman’s rising role in the industry. On Friday, February 10, Chapman posted a Story where he ‘mentioned’ Ralph Lauren (indicated by the underline and the @ symbol in the image below.) Anyone viewing Chapman’s Story can tap the ‘mention’ and the app will bring them directly to Ralph’s Lauren’s page to continue exploring.

Instagram Stories ability to mix and match different forms of posts in one complete montage can make for some fun content as we’ve seen from United. The airline recently used Instagram Stories to debut the new and improved Terminal C North at George Bush Intercontinental Airport. United included a video of the band, a picture of the cake and did a little networking by ‘mentioning’ industry influencers in photos. The sequence made viewers feel like they were at the event, enjoying the experience while also absorbing information. 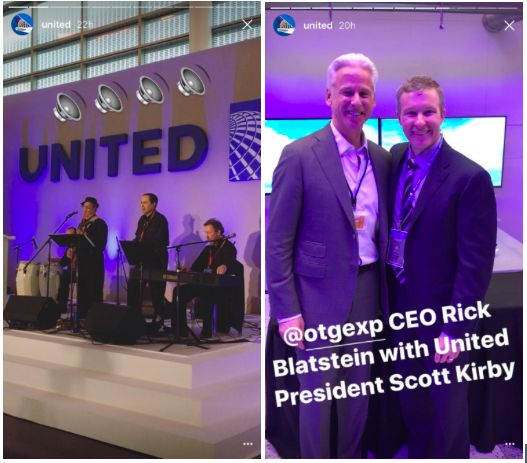 Netflix recently used Stories to announce its new series, Abstract. Rather than just announcing that “eight of the world’s most renowned designers” will be featured in the series, Netflix used Stories to build up excitement. The post began with the photo of a single designer and his description, then one by one added in photos and descriptions of the other designers. To cap it off, Netflix ended the Story with a ‘mention’ to the show’s official Instagram profile, bringing the story full circle. 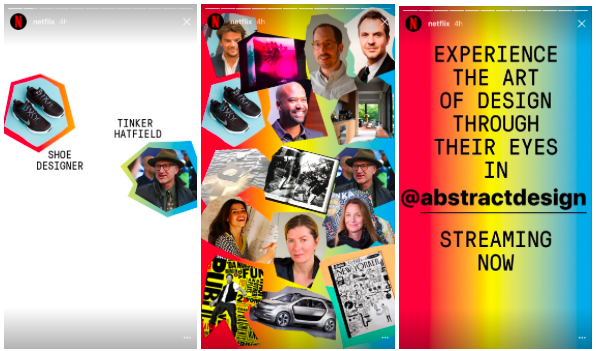 Insert Links into Your Story

One cool feature (that is unfortunately only available to verified accounts as of this posting) is linking to external content. Viewers merely have to swipe up on the screen as the Story plays and they are automatically directed to the link. Again, currently, only verified Instagram accounts can add links to their Stories, but that may change.

Disney made great use of this feature with a direct link to add some excitement to its promotion of the upcoming movie Mary Poppins Returns. This feature allows them to combine the informational value of a press release with the efficiency of a tweet and the visual attraction of a Snapchat. 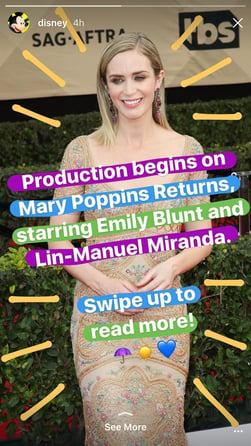 Written with help from Christie Leist.

4 Brands that Won Big on Twitter During the Big Game