Is Phone-Phobia Killing Your PR Program?

The most persuasive form of person-to-person communication is still face-to-face, but voice-to-voice has to be the next best thing. Only a live dialogue lets the speaker add conviction and color to their ideas. It also affords the opportunity to build credibility and trust by knowledgeably fielding questions in real-time.

Perhaps even more important, phone conversations let you elicit critical feedback – why your story doesn’t interest them and what would prove more useful to a reporter instead.

So phone calls pay off on a number of levels. But like any communications tool, phone outreach is only effective when executed well.

To avoid the pain of the failed phone conversation, you have to know the rules of the game.

ONLY pick up the phone if …

Rule #1. You know whom you’re calling.

Before you pick up the phone, ask yourself how well you know the person on the other end. What do they cover most (not just occasionally) and will they care about what you have to say? I know this sounds simple, folks, but it’s the number one reason reporters complain about PR people: “they call just so they can tell their client they called,” wasting everyone’s time and the client’s money.

You’ve got five seconds to capture their interest before they start thinking of ways to get off the phone, so start in the middle. Whatever your pitch, I guarantee you the middle part is the most interesting, so start there and boil it down to two sentences. “Fortune 500 Company X just discovered a way to cut its energy consumption in half. Can I tell you how?” Then you can get into the finer points. But it’s important to practice your storyline out loud so you can hear for yourself whether it’s a story worth listening to. Not every pitch is worth a phone call, so use your air time with reporters wisely.

Rule #3. You put the other person’s time and agenda first.

Whomever you’re calling, give them the flexibility they need to consider your story. If they aren’t expecting your call, then chances are they are knee deep in something else. Respect their time and priorities, don’t push the issue just because you think the client will want a follow up report tomorrow – that’s counter-productive for everyone. If you approach the call as part of a mutually beneficial, ongoing conversation, you’ll reap much more from the effort.

Anticipate “yes.” There’s nothing more annoying to a reporter than listening to the first 30 seconds of a pitch, getting hooked and then not being able to get answers to some of the most basic questions. Be ready to expand on the story you’ve outlined with details, data points and examples so the reporter can quickly discern if there is a story for him or her to pursue.

Whatever you do, don’t squander whatever goodwill you’ve generated from the call by failing to deliver quickly on any follow up items. Better not to have called at all in those instances.

You see, public relations only works if you add people to the equation, so don’t be afraid to talk to a live person. They won’t bite. I promise. But if they do, give me a ring so we can talk about it. 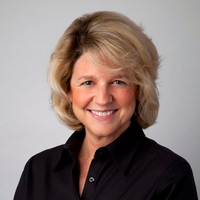 Mobile Could Bring Green to Brands on Black Friday

Social Media Mind Games: How “The Psychology of Sharing” Can Drive Social Influence