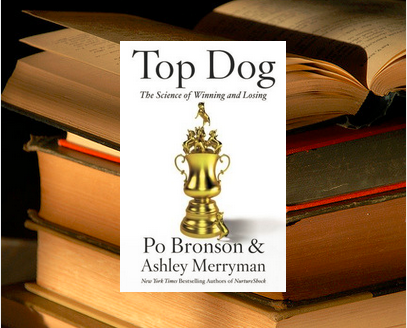 What makes up a winning performance; whether it be in sports, academics or business? Does it come down to experience, natural ability or some magical formula a person or team possesses that allows them to achieve above the others?

Even more intriguing; why is it that some competitors can rise to the challenge one day, but then crumble in defeat the next? For example, Argentina's Lionel Messi, known for his high-scoring record and named one of the best players of the 2014 World Cup Soccer tournament, came up short in the final game against Germany without one goal scored.

It's these types of questions New York Times Bestselling Authors Pro Bronson and Ashley Merryman tackle together in one of my favorite reads this summer, Top Dog: The Science of Winning and Losing.

Merryman and Bronson kick things off with an account of a skydiving experiment at a university in Germany, where 16 terrified people were convinced to leap for the very first time from an airplane while at an altitude of 10,000. This book is full of unheralded and unorthodoxed studies such as this, that examine the human emotions (including psychological and physiological) during every competitive performance. In the case of the skydivers, the scholar performing the experiment, Renate Deinzer, was trying to determine how the body responds under stress, such as when faced with a challenging or competitive task -- and if there is a biochemical expression of fear to match the frightened expressions on her subjects' faces. Through saliva samples, taken before and after each jump, Deinzer could discern exactly how the acute stress of skydiving manifested itself, biologically. What she found was that the initial rush of stress was reduced significantly with each subsequent jump. Although some people can perform quite well under stress, the final results of Deinzer's study showed that by mastering a skill, subjects could better focus and control their performance.

Through science like this, integrated with wisdom from politics, genetics, neuroscience, psychology, military training, sports, and more, Bronson and Merryman tease out the hidden factors at the core of winning and losing and offer counterintuitive insight that can be applied to any competitive situation.

While reading this fascinating series of analyses of competitors and the differing emotional expressions each had minutes before and during their competitive performance, I considered how these discoveries might be applied to the development of marketing and public relations teams -- to inspire more competitive programs and desirable results.

Here are a few takeaways to consider when creating your next campaign and how to motivate your team to perform at their best, in pursuit of a winning result.

Play to Win, Not to Lose

Common metaphors thrown around in business situations, sporting events and pretty much anything where risk-taking is involved, "playing to win" verses "not to lose" are actually very important and "diametrically opposing strategies," according to Bronson and Merryman. The authors point out that these two strategies are "triggered by different psychological and physiological mechanisms. And they have real consequences—especially during competition." Research has shown that humans like to seek pleasure (win) and avoid pain (lose or fail). Therefore, under the pressure of competition we might go in with the attitude to seek pleasure but many times when we hit the critical points of the competition, or the defining moments, we start playing not to lose.

As you're thinking about your next marketing and PR strategy, rev up your team with a winning attitude and challenge them to strive to win. Don't think about what might happen if your campaign doesn't generate interaction, followers or conversions; or if your next creative news release or pitch may not attract interest from reporters. Eliminate the fear of failure by taking a more positive approach from the start: Think about the results, impressions and relationships gained, that your business was missing prior to the launch and how you can iterate on that experience to enhance performance further.

Change the Framing of a Task from Threat to Challenge

Let's face it; there are opportunities everywhere for marketing and PR teams to make a difference for their brands. But with that, comes an enormous amount of stress staying on top of the latest opportunities, meeting tight deadlines and not missing out on the "next big thing." We can sometimes view these moments almost as threats. For instance, if we don't make it into a high profile store, or secure that coveted speaking slot at a top conference, we think all is lost and we've failed.

A better way to approach these scenarios is to change the way we view these opportunities and deadlines, and instead of thinking about them as a threat, treat them as a challenge. In the threat situation, expectations are high and competitors feel more anxious, altering the way the brain sensitizes to risk and reward. "In the challenge state, you're not expected to be perfect, and not expected to win, but you have a fighting chance to rise to the occasion," the authors write. This challenge attitude allows your team to take risks and try new things, activating the "gain-orientation system." This new focused mentality helps with clearer decision making and empowers individuals and teams with energy and confidence to approach new situations and opportunities to come out on top.

While sometimes threat situations are unavoidable, and top competitors need to be able to navigate and breathe freely when faced with a threat, too, most will perform better in a challenge situation. In our own team situations, a PR or marketing task as simple as crafting a POV on a timely industry topic and posting it on your blog and social channels before your competitors, should be viewed as an opportunity and a challenge for success, as opposed to a threat.

Set Aside Competitive Rivalries in Pursuit of a Common Goal

Another experiment that Bronson and Merryman highlight takes place at an all boys camp outside of Oklahoma City and shows how complete strangers with opposing and competing views, came together as a team when pitted against equal counterparts. The two teams duke it out in a series of events and competitions. Throughout the tournament, rigged by the researchers, there was no clear winner; rather each team had a fair chance at overtaking the other. The plan was for the boys to become frustrated to the point they would fight even harder to win. But as things started to go wrong at the camp overall, with the water tank breaking and truck stalling, the two teams collaborated and worked together for the success of the whole camp. The point was that groups and people are naturally competitive, but they can be brought together in pursuit of a common productive goal.

Joyce Benenson, a Harvard evolutionary biologist, believes that groups are rarely a collection of true equals, and it's their different experiences, abilities and resources that are often their greatest strengths. As Bronson and Merryman summarize "The real safety in numbers doesn't come from a chorus of agreement…[Rather] In a group of people, a number of competing ideas can be expressed, without an accompanying sense of confrontation."

Embracing this idea of collective collaboration of varying experiences and viewpoints, and competitive spirit can add greater value to your organization as a whole. Encourage self-assertiveness, differing ideas and opinions, since this is what sparks fire and more creativity internally. Even if others don't agree, or someone's idea turns out to be a flop, by establishing a true and secure team environment, the group will still see that person as an asset to their team. Risk-taking and contribution are valuable assets in the pursuit of a common goal.

By bringing to bear (or dog) just a few of these tips in your programming, you have a better chance of joining the winners' circle... 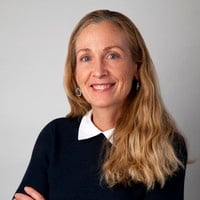 Lessons Learned from the ALS #IceBucketChallenge: The Social Campaign that Made Ice-Cold Super Hot