(Poké)Master The Moment: A Guide to Using Viral Content

Internet trends come and go, but much like the wind, their power can be a force to be reckoned with. If you’ve been anywhere near a computer or TV in recent days, you’ve seen that Pokémon Go has joined the viral ranks, a social seat of power previously held by the likes of the Ice Bucket Challenge, the Dress (the black/blue vs white/gold battle that divided friends and family around the world), and Left Shark. And as was the case with these vastly viral moments, brands and publishers alike are again rushing to their computers to create content, any content, to take advantage of this Poké-moment. As much as we understand the temptation to ride the viral wave, it’s sometimes easy to get swept away by the tide. Here’s our PR Pokédex of tips to master these moments:

You Don’t Gotta Catch ‘Em All (Just the Right Ones)

Although it’s hard to let these opportunities pass you by, staying true to your content strategy is key even in the midst of viral mania. Before sharing anything on social, it’s always good to ask yourself: “What value will my followers get from this?” If you can’t answer that question quickly and simply, it might be wise to step away from the Pokéball.

The Arizona Cardinals hit the nail on the head with this relevant (and funny) image that took advantage of the craze, while sharing some great team coverage.

Not all viral moments will pertain to your brand, and that’s OK. Although powerful when utilized well, they can have quite the opposite the effect when used simply for popularity and not relevance, so choose wisely. If you’re on the fence about whether a trend is relevant to your brand, heed our warning: if you reach too far for a connection, you may fail, like in this stretch comparison from Countable (an app for keeping up with Congress). If the tie-in isn’t almost instantly obvious to you, it might be a sign to wait for something that hits closer to home.

Countable: it's like #PokemonGO except not really and it lets you contact your lawmakers and understand legislation: https://t.co/XXSNMQns7e

Most brands aim to utilize these moments to show they’re up to date and “hip with the times,” and nothing can ruin that perception more quickly than coming to the party too late. If you’re going to take the leap, go quickly, like Portland’s mass transit did with this very timely PSA:

If the content storm blew past you too quickly, don’t chase after it. Don’t worry, there will be others.

Go Into The Poké-Gym Armed And Ready (Know Your Subject)

After you’ve decided this is the trend for you, be nothing short of an expert. Do your research, see what people are saying about it, what they like and dislike. Putting out Poké-content that is factually incorrect (don’t confuse your Squirtles with your Bulbasaurs) will kill your content faster than you can say Pikachu. Santa Clara University impressed us with its Poké-knowledge in this well-researched post about pivotal game points on campus.

Know When It’s Time To (Poké)Stop

Milking a viral moment can (obviously) be effective - but not when you’re desperately using every last drop. As the media becomes more and more saturated with any trend, users get more and more annoyed by its omnipresence and soon will be skimming past any related content. When it comes to viral content (and Pokémon), moderation is the way to go. These Poké-posts from Jolly Ranchers are an example of (well-designed) attempts that just kept coming and never quite hit the mark with engagement levels.

When you accidentally get exercise... #PokemonGO pic.twitter.com/CBjG3iz7VE 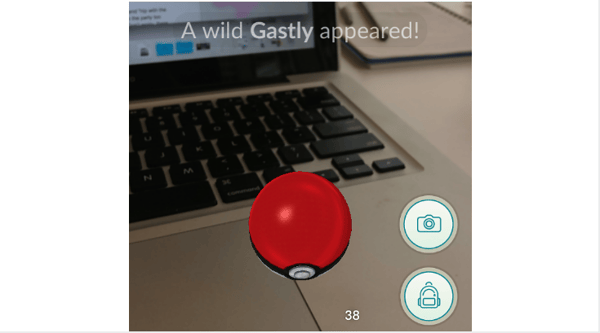 “A Wild Idea Appeared!” (Have Fun)

Viral content is typically fleeting and fun, so don’t take it too seriously! Aim for lighthearted content that will stand out among the masses. These moments are the perfect opportunity for creativity, like Whataburger showed us with a clever, brand-relevant take on the game.

With all of these things to consider, viral content may seem daunting, but don’t be intimidated! Embrace the chaos and take the plunge (when it works, of course). Keeping these tips in mind, you’ll master the moment like a Poké-pro.

Want to learn more? Check out these other great Poké-picks:

Sixty Seconds for Social (Overtime): Behind the Wheel of Twitter Dashboard