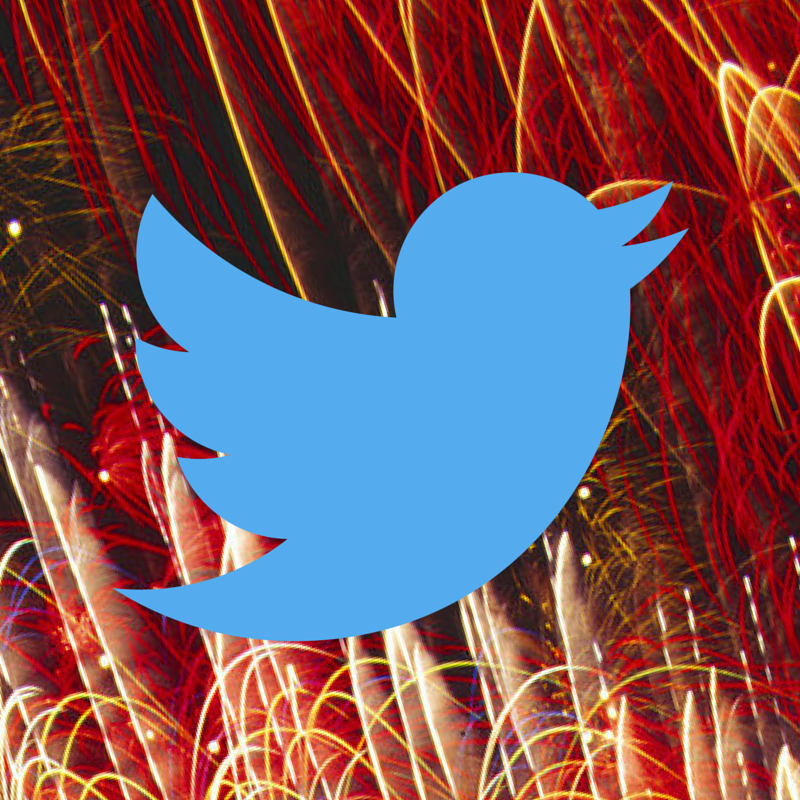 It's a new year, and change is at the forefront of everyone's thoughts. I've said it before and I'll say it again: change is nature, and the nature of social media is no exception.

Of course not everyone likes change, and that truism definitely applies to avid social media users. It can be hard sometimes to keep up with all the nips and tucks. Just like every other social platform, Twitter is regularly making tweaks and changes to improve user experience and test new features. So, to help you start off your new social year right, here's a round up of all the recent and impending changes for Twitter.

Photo Filters and the Promise of Video

Twitter's been moving towards a more visual experience for quite a while now, and a recent upgrade of its in-app photo editing continued that trend. The new photo-editing feature (pictured below) works almost identically to Instagram, so it's a simple learning-curve for app-savvy users. 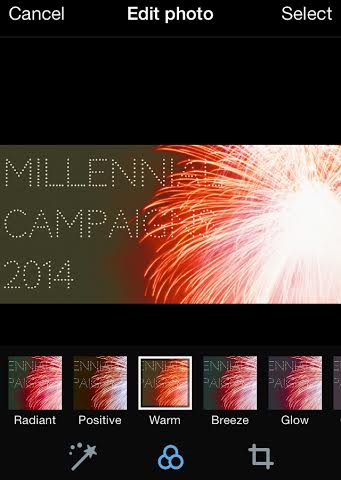 Of course, we can't talk visual without talking video. Right now users can upload or link to external videos and share them on Twitter, but in the next six months, Twitter hopes to introduce its own native video feature, and it looks like the timing for that might just be on track. Just this week, Twitter opened up its promoted videos, which makes use of the Twitter-native video player, for all users.

Product spotlight: Get to know our native video player & see how Promoted Video can help your brand drive engagementhttps://t.co/0onRzAukbe

Twitter recently began testing the analytical waters for mobile, trying out in-tweet analytics with a small group of users. The “View Analytics Details” feature allows users to view engagement within the Twitter app. Here's hoping it becomes a new feature for everyone soon. 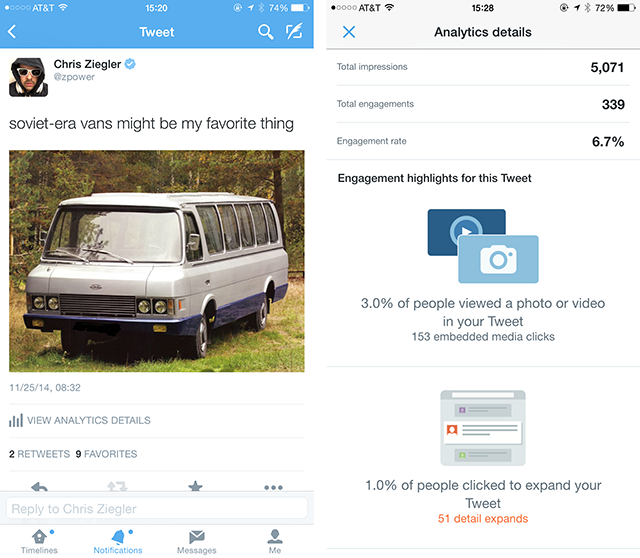 Search got a whole lot deeper on Twitter recently. It was just this past November that Twitter finally opened its search to include every Tweet, ever. Previously, search was filtered and included a limited history. This could be a blessing or a curse depending on what your Twitter history held, but it will make Twitter a far more useful research tool moving forward.

This new feature is a small one, but (fingers crossed) it's a first step towards something much more impressive. You can now embed tweets into direct messages simply by pasting the Tweets link into your message or selecting “Share via Direct Message” from the “...” menu. 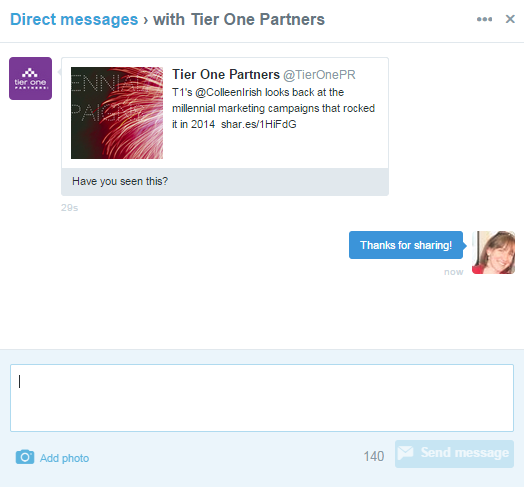 This is the first step towards a much-requested feature---the ability to make public conversations private, and hopefully the long-awaited group messaging feature.

No, that's not a question. Well it is, but it's what Twitter now inquires of all users from atop the desktop Twitter homepage. This feature, deemed by many to be another Facebook-like design choice by Twitter, makes posting much simpler for users accessing Twitter via desktop. 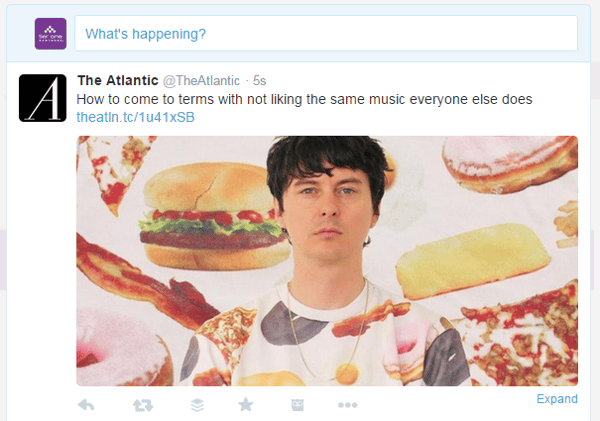 In addition to this, Twitter also began rolling out a “While You Were Away” feature for your mobile home stream that lets you know the highlights of everything you missed while your attention was turned elsewhere.

OMG, it appears Twitter is testing a Facebook-like algorithm for the Home stream called "While you were away..." pic.twitter.com/CpQQMLp0VO

On the technical and advertising side of things, in late November, Twitter introduced a new way of collecting data from users, to personalize their Twitter experience. What's new about the data? It now includes a list of the apps you have installed on your mobile device.

If you've heard about this update, you probably heard about the slight outrage it inspired over the issue of users' privacy. On the consumer end, it will mean a more personalized experience and more detailed catering of ads to your mobile activity.

Looking down the road, this new feature will benefit advertisers greatly, since the in-depth data grab will ultimately improve the interest-based ad targeting capabilities the network currently offers. Advertisers will be able to reach very specific users based on a better understanding of what they like, what apps they have and use, and which games they like to play.

In more recent ad news, Twitter pitched an assortment of new advertising features at last week's Consumer Electronics Show in Vegas. Reported “coming soon” features include the much anticipated auto-play video ads, ads within streams of tweets on other publishers' apps and websites, and a new home page for logged-out users that would include paid products. Much of this is still speculation, but it's clear that big changes are coming to Twitter advertising.

All of these updates open a whole new world of Twitter content for users---brands and consumers alike---and serve as a wonderful reminder of the importance of video and staying visual as we start this new year of social. Start your social new year off right, and take full advantage of Twitter's new tools.

Want to learn more? Check out these resources:

Documentaries: Storytelling's Holy Grail and How to Get There