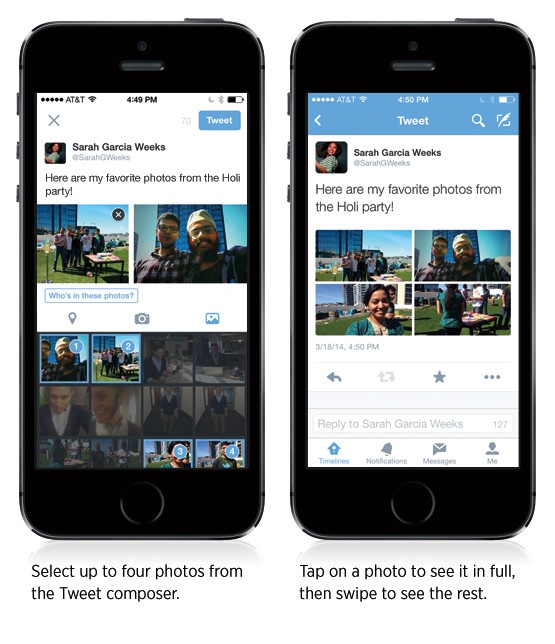 Twitter just got more visual - sparking both confusion and praise. Some of you may be scratching your heads, wondering why the social networking site would allow users to post more photos and even tag their friends. That was my first reaction, considering Twitter has always been praised for its basic sharing structure.

After a bit of research, however, I learned that I judged the new feature too quickly. Photo collages can be used to tell a variety of stories, perfect for both social users and brands. In this Sixty for Social, we'll look into how brands can benefit from Twitter's most talked about feature.

Announced just a few weeks ago, Twitter is now allowing users to share up to four photos with a single tweet. The collage appears as a four-square grid on iPhone and Twitter, but as a series of vertical photos in Tweet Deck. Unfortunately, the feature is not yet compatible with Android or Twitter.com via computer.
The social networking site definitely seems to be taking cues from Facebook, allowing users to tag up to 10 other users in photos. The good news is that the photos and the tagging don't affect the standard 140 character count.

The first step to posting a photo collage is to make sure you have the latest version of Twitter for iPhone (6.3).

Unfortunately, there's no way to preview the photo collage. Instead, you can only see the first two images in your tweet draft. When the collage is posted, you will only see a link, but your followers will see a collage. When they click on the collage, they will see the first full photo and can click from right or left to see the rest of the images.

Although the feature was announced just this week, brands are wasting no time in making their debut. Photo collages allow brands to share more information with the limited space Twitter offers. Here are some great examples of successful photo collage storytelling from brands ranging from Chanel to Meow Mix.

Ben & Jerry's: Known for it's personal relationship with customers, Ben & Jerry's success with Twitter's new collage feature is no surprise. The brand used customer snapshots to share its values of peace, love and ice cream. 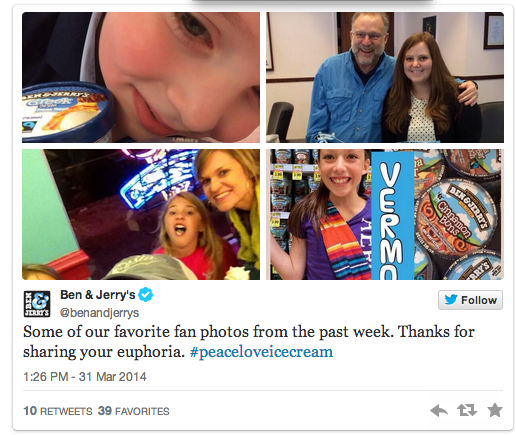 General Electric: GE showed off its creativity by using the feature to create a message you can read from left to right. 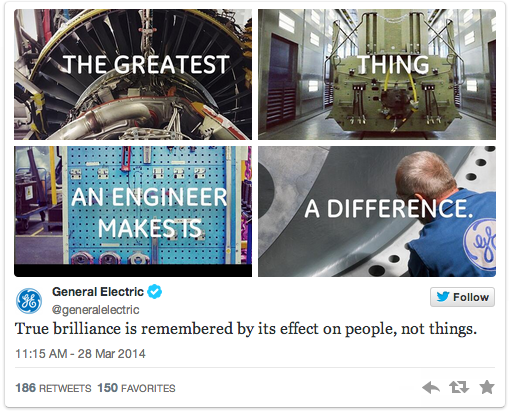 Meow Mix: The cat food provider used a photo collage to promote its product with a cute, colorful story. 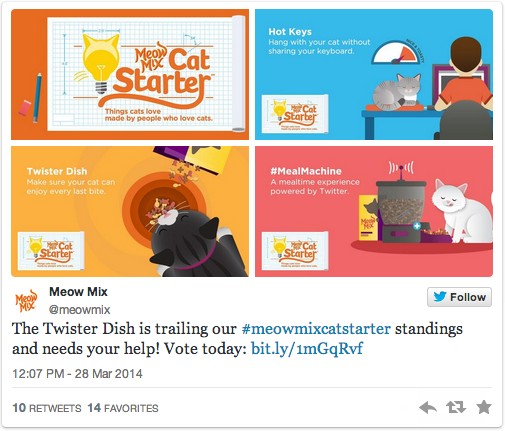 Chanel: In one of the most creative ways I've seen the new feature used, Chanel split the photo collage to make room for eight images. Not only did the luxury retailer maximize space, but paired appealing images with watches to depict how time flies. 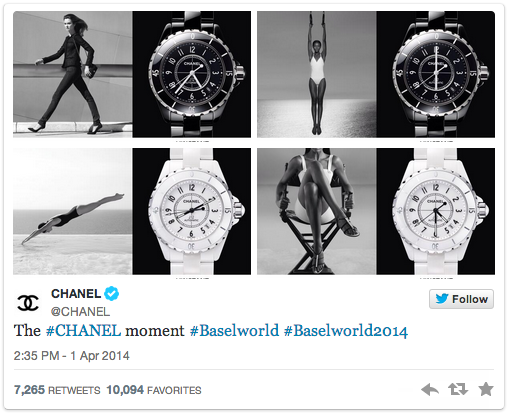 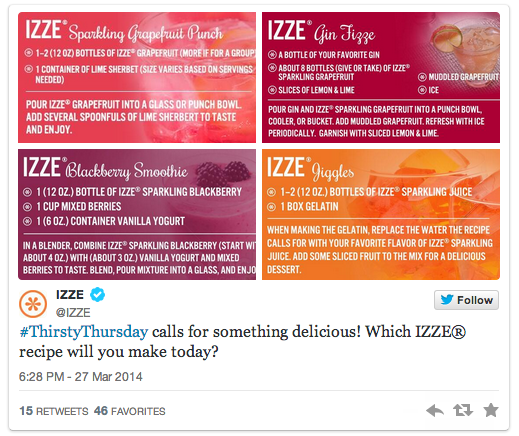 The photo collages shown above are just a sample of the creative and fun ways for brands to share brand-oriented content via Twitter's new photo collage feature. No matter how you use it, the photo collage provides a chance to get more visually creative on Twitter than ever before - a true benefit for all brands. Because after all, a picture paints a whole lot more than 140 characters.

Want to Learn More? Check Out These Resources