Sixty Seconds for Social [World Cup Edition]: 5 Steps to Kick Your Brand up a Notch 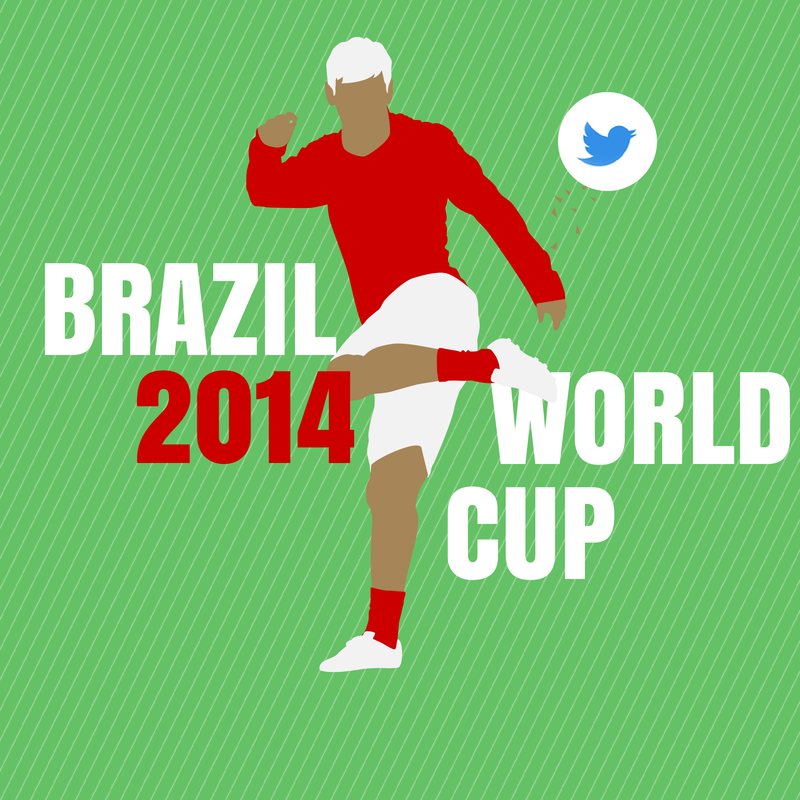 The FIFA World Cup is taking the social media world by storm. Not only is 90% of the world contributing to online conversations involving the games, but it is also estimated that the World Cup is on track to become the most-tweeted TV event of the 2013-2014 TV season, passing both this year's Super Bowl and the Sochi Olympic Games. In fact, the phrase “World Cup” has generated 19 million mentions across 196 countries since June 2013. Fans around the world have come alive with social media mentions, tweets, posts, comments and hashtags to express their country pride and soccer spirit.

Both Twitter and Facebook are frontrunners in World Cup social media, giving fans front-seat opportunities for team scores, updates, pictures, team accounts and ways to stream games live. On top of that, all 32 teams have players with official Twitter accounts.

As for Facebook, the U.S. team uses their Facebook page to fuel large amounts of support and engagement with their #OneNationOneTeam campaign. Instagram has also become a major player in the social media soccer sphere. Recently, FIFA launched an Instagram account with stunning images of Brazil, fans from around the world, soccer selfies and soccer stars. The account also urges fans to upload their own photos with the hashtag #myworldcup.

With all the social media buzz surrounding the games, you're likely wondering what role your brand can play in the World Cup conversation. Here are some tips to help you determine if you're ready to move off the bench and jump into the game:

Diving right in is typically not the best call when it comes to social media. Observe and listen to your audience to find out what they are saying and what they really care about. Find out who they're rooting for, and if they even care about the World Cup conversation. By taking the time to actually listen, you can enter the heart of the conversation with material that matters to your audience, and not waste your time creating content that won't get the attention or reaction you were looking for.

Joining in on a popular conversation, like the World Cup, tells your followers and potential followers that you are a company with personality and spirit. Make sure your content reflects that.

This quick and easy tweet by Volkswagen let them join the conversation and gave viewers the chance to interact and communicate with them.

A word of warning though: If you're going to cheer, pick a side. Just moments before the USA celebration, Volkswagen posted this:

Don't give your audience loyalty whiplash. They won't thank you for it.

Joining the World Cup conversation is your opportunity to really engage and interact with your audience. Give them something to get excited about, to read and to watch, and before you know it, their excitement for the games will translate into followers, retweets, mentions and likes on your page.

Oreo was brilliant during the 2013 Super Bowl blackout with their “You can still dunk in the dark” Tweet. It wasn't brilliant because of any kind of crazy graphics, but rather because of the timing and relevancy of their post. They stayed updated and jumped at the opportunity to promote their brand as soon as they saw an opening. There are huge lessons to be learned from this wildly successful Tweet that got over 10,000 retweets in one hour. One of them is to find out how you can use what is happening right now in the games to promote what you are all about. How does your brand fit in? What content can you use to draw people in? These are the questions you need to be asking and brainstorming about. With all the different and individual moments of the World Cup, it is up to you to run with what's happening and join the conversation.

While finding where you fit in among the World Cup discussion can be a difficult task, looking at the examples of others, such as the Met Museum and Chips Ahoy, shows that even products and services that have no relation to soccer can find a connection to their audience.

4) Fuel up with hashtags.

During breaks, halftimes and even during the game, fans go online to get updates, to stay in touch with the latest news and to be entertained. Hashtags have become a way for fans to easily find the conversation and see what others are saying. For English speakers, the hashtag for the games is #WorldCup and #Brazil2014. My advice is to not only use those hashtags when joining the conversation, but to use the hashtags as a way to research what is being said.

As Listerine Global exemplifies, sometimes just simply updating your followers on the game while using the hashtag can get you retweets and followers. But don't feel you should stop there! Some have gone further than that, such as the Australian Socceroos, who have created their own hashtag #GoSocceroos and #AskRyan. They use it as a way to gather questions from fans and answer them in an Instagram Q&A with Ryan McGowan, a member of the Australian team. Even if you are a small business, this is an opportunity to get creative and see if there is a hashtag you could use to engage your audience.

5) Embrace the spirit and have fun.

Some of the best Tweets, posts, pictures and videos are the ones that have a little fun with their brand. McDonald's, for example, is using their "McDonald's Gol” app to create a virtual soccer world for fans as they play a game to try and score goals for their country and share their results. While your company might not have the resources to create a whole new app, this doesn't mean you can't develop fun ideas that will attract users and fans to your page. Work in something about World Cup selfies like they discuss on Mashable or create your own meme like the greatest goal dive I have ever seen from Dutch player Robin van Persie. Sometimes the simplest ideas can stimulate a large response, especially if your audience can laugh and have fun right along with you. 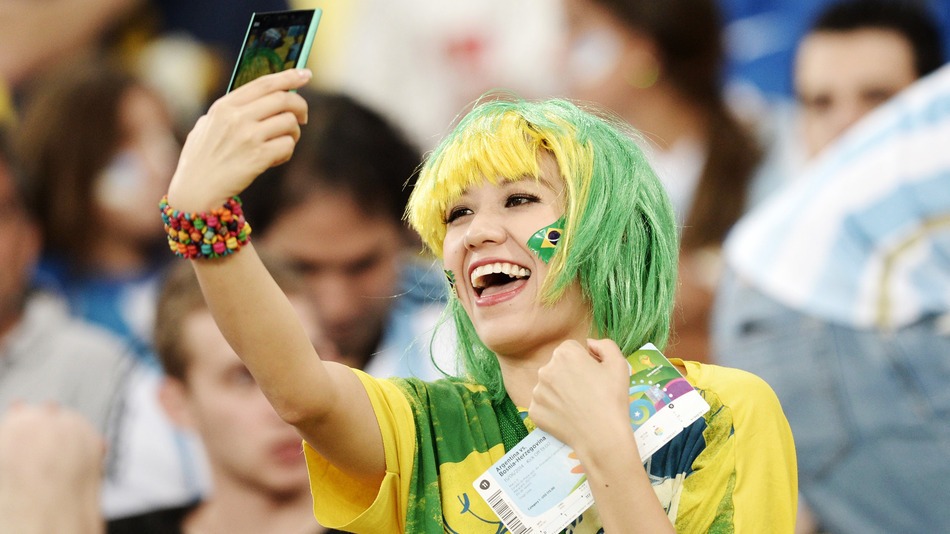 With all this social media buzz surrounding the games, this is the perfect opportunity to present your brand to all the active and engaged social media users who are patrolling the Internet for updates and information. Twitter states it well in their video advertisement about the games, “For 32 days, the whole world dreams the same dream.” Just like the Olympics seem to unite us all, Twitter is right in that the games bring fans together to interact from all corners of the globe and experience the soccer spirit as one. We're seven days into those 32 days of our shared soccer dreams, and there's still plenty of time to join the conversation. But if you'd rather take a breather, there's still plenty to be learned. So take notes, and prepare to rally your troops for the next big social event. Remember, it's only seven months (or so) until the Super Bowl.

Something to Punch Up Your Summer Reading: "Jab, Jab, Jab, RIGHT HOOK" by Gary Vaynerchuk