The Power of the Podcast: How Brands Are Capitalizing on the Airwaves 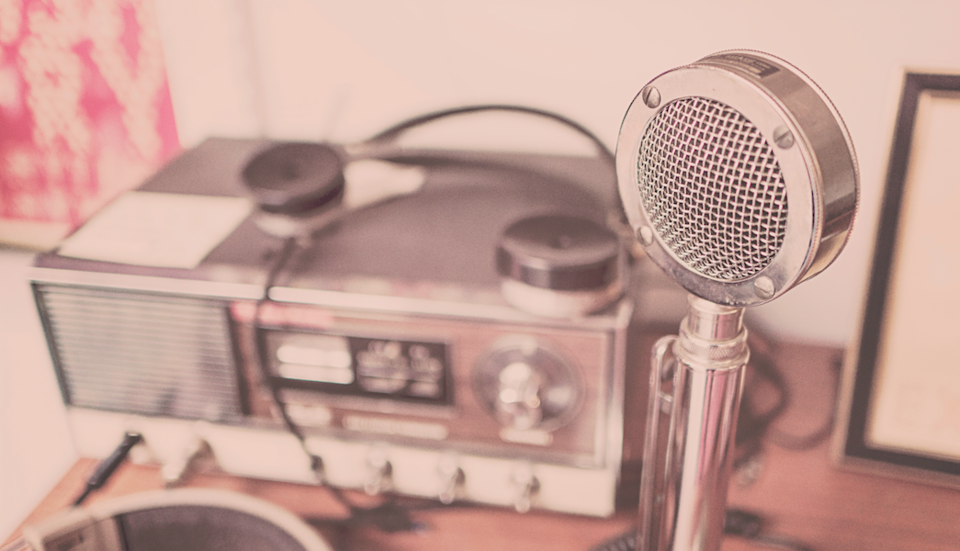 It’s been said (more than a few times), that behind every great brand is a great story. The saying may be true, but it’s not quite the entire truth. Most companies have a whole series — scratch that, an entire library — of stories to tell, and there are more places than ever to share them.

Rising to the challenge of telling those tales in an increasingly complex media environment, brands are turning to podcasts to communicate with their target audiences.

This storytelling option provides a slew of benefits for brands. Podcasts do not have a fixed format, length, or a number of participants. They offer an ongoing opportunity for brands to set themselves apart from competitors and to use their own voice to insert key messages into the media.

As I shared in a previous post (full of my own podcaster confessions), podcasting doesn’t have to be complicated, so it should come as no surprise that many brands are jumping on the airwaves to share their own stories. From original content to timely tie-ins to cultural conversations, branded podcasts run the gamut and can make for some truly great content. Here are just a few of our favorite podcasts from top brands:

The Secret Sauce for a Corporate Apology

McDonald’s took this concept quite literally in February 2018 with the release of its three-episode podcast, “The Sauce.” The name refers to the fast-food chain’s highly coveted Szechuan sauce, which became a national obsession after it was featured on “Rick and Morty,” a popular TV comedy. McDonald’s agreed to distribute Szechuan at a limited number of locations but severely underestimated the demand, leaving thousands of fans sad and sauce-less.

The Takeaway: McDonald’s had to do something big, bold and personal to make amends. And the secret was, indeed, in “The Sauce.” Jano Cabrera, Senior Vice President of Corporations at McDonald’s, told Adweek “If it matters to our guests, it matters to us.” With their customers in mind — and perhaps in response to the rising population of podcast listeners craving the hidden side of news stories — McDonald’s apologized over internet airwaves.“The Sauce” told McDonald’s side of the story, which included some serious miscalculations and an immense amount of guilt — details that the burger company needed their customers to know but would have otherwise remained buried. The podcast even allowed McDonald’s to use the negative press to preview the second coming of Szechuan, which was announced on the final episode.

Make Your Brand a Resource, Not the Focus

Starting in May 2015, the workplace connection platform Slack released a yearlong podcast series called “The Slack Variety Pack.” Episodes featured “a glorious mix of stories on work and office culture, teamwork, innovation in the workplace, and our modern society” and were told through the voices of individual Slack employees who share anecdotes that highlighted major lessons or themes tied to professionalism.

The Takeaway: Slack’s approach demonstrates that your podcast doesn’t have to strictly focus on your company or what it does — at least not directly. The company didn’t publish 28 half-hour episodes devoted to connecting work teams through apps. Instead, “The Slack Variety Pack” was based on a broad spectrum of topics that are meaningful to its user base. It used personal stories about things like etiquette in the office and business travel to answer questions young professionals (aka most Slack users) ask every day. This connected listeners to the faces behind the brand, fostering a lasting connection and brand loyalty along the way.

Credit Where Credit Is Due

General Electric made a splash in the podcast pool in 2015 when they teamed up with the Panoply podcast network to co-produce an eight-part science fiction series called “The Message.” The podcast tells the slightly haunting story of cryptographers that investigate mysterious transmissions.

The Takeaway: By jumping on the podcast ship, GE had some fun experimenting with a new platform. “The Message” demonstrated that even though the company has been in business since 1892, it remains fully connected to rising media trends, is agile on social, and innovative with execution. The podcast’s popularity put GE on a list of brands to watch as an influencer and a thought leader in the social sphere, and people began associating the skill and craftsmanship that went into this cool podcast directly with GE. When “The Message” became the #1 downloaded podcast on iTunes, it became the poster child for advertising your creativity instead of your products to showcase your brand.

Whether a brand’s podcast is created as part of a crisis response or as part of a planned marketing effort, the recordings are social-friendly, shareable content that allows your company to connect one-on-one with your audience. The key? Be authentic. If the story you’re telling via podcast reflects your brand and the sentiment behind it, you’ll establish a newfound relationship with your audience, and they’ll keep tuning in.