Tier One Goes Back to the Future...FutureM: Part 2

With three full days of inspiring, innovative and futuristic presentations, we knew we needed more than one blog post to share our recent experience at FutureM at Hubspot's Inbound 2014. Last week we brought you recaps of keynote speakers Simon Sinek and Martha Stewart, and we're back to share even more lessons learned in the final installment of our two-part series.

FutureM Recap: Malcolm Gladwell On Being Disagreeable (and Other Traits of Transformational Leaders) 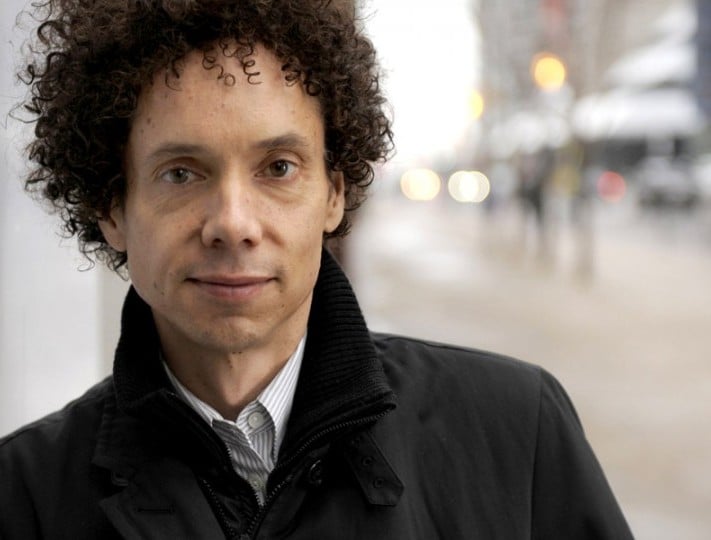 Sue Parente had the opportunity to attend a keynote by Malcolm Gladwell. Here's Sue's report:

If you've ever read any of Malcolm Gladwell's best-selling books or New Yorker articles or heard him speak, you know he's a riveting storyteller. He has a way of making you feel like he's just discovered something incredible – something no one else knows -- and he can't wait to tell you about it.

His stories are a series of “Wait until I tell you about this person and what they did.” And what makes those stories especially compelling is that they almost always reveal to us something bigger at play – a common thread that speaks to a larger insight about who we are and how business works. Some of his stories involve people and companies we know vaguely, but it isn't until he provides the subtext that we say, “Oh wow, I see.”

Last week, at the Inbound/FutureM conference here in Boston, Gladwell did it again. Through a fascinating collection of stories, ranging from the founder of IKEA to shipping innovator Malcolm McClean to Steve Jobs, Gladwell helped us see the shared traits of people who drive major industry transformation. He boiled it down to four dominant characteristics:

#1 – Massive Openness
Gladwell described those who drive transformation as people who are willing to consider any and all ideas. They are creative, yes, but that creativity is born out of taking inspiration from different, and at times unlikely, places.

#2 – Conscientiousness
Transformational leaders care about the details. This called to mind for me the way Steve Jobs cared about how the inside of the Mac looked. Even though customers couldn't see the inside, he wanted it to look as well-designed and beautiful as the outside.

Gladwell discussed how it's the combination of these first two characteristics that is so rare and makes transformational people so special. It's much more common to be one or the other.

#3 – Disabreeable-ness
This trait speaks to a leader's ability to tune out the naysayers and have the courage to disagree and do what they believe is right. Gladwell's story of Ingvar Kamprad, the founder of IKEA, serves as a proof point. When Kamprad ran into local opposition to his new business model and could no longer make his furniture in Sweden, he found a way to make it in communist Poland at the height of the Cold War. He was cast out of society as a result, but he didn't care. He tuned out the rest of the world to deliver what he believed was a better product, shipped flat for a better price.

The problem these leaders are up against, Gladwell said, is that the rest of their industry is too invested in the old way of doing things. Their identities are often wrapped up in the old way, so it's a threat to their ego. The naysayers will be loud. Transformative leaders have to be willing to be disagreeable and be okay with making some enemies along the way.

#4 – Impatience
Every transformational leader Gladwell talked about felt a sense of urgency. Even when there were no real external pressures on them to deliver their product or service immediately – no competitor fast on their heels with a similar offering – these leaders wanted to make their ideas happen immediately anyhow. When they learned something would take six months, they would want it in 90 days. When they knew competitors were taking their sweet time to get a technology just right, they would push to get it done right now. They weren't going to wait for the market to be ready, they were going to drive market readiness themselves.

Gladwell's latest book, David & Goliath, talks about the “mighty leverage of the unconventional.” It's required reading for any “David” or “Goliath” looking to understand the factors that drive transformation and unbeatable competitive advantage. In the meantime, it's also worthwhile checking out any of Gladwell's videos on YouTube – As you might suspect from this aptly-named author, you'll be well glad you did.

A Tale of Two Tracks: Engaging Content and Innovation at FutureM

This was my first year at FutureM, and I was lucky enough to attend three engaging and thought-provoking sessions. I started out with two presentations from the Engaging Content track, beginning with The Content Powered Organization, led by the comical but informative Patrick Cassidy of New Balance and Ian Fitzpatrick of the marketing and advertising agency, Almighty. The two shared many lessons learned from their own brand's and clients' successful content, but the one that stood out to me was Cassidy's suggestion to “tap into what already exists in the future around you.” He detailed the story of New Balance's #SeeMyRun campaign, which debuted on National Running Day so runners could share what inspires them while they run. The result was thousands of users embracing this campaign with photos of trails, tracks, waterfalls and city sidewalks. New Balance called this campaign an “authentic success” without once promoting its footwear. 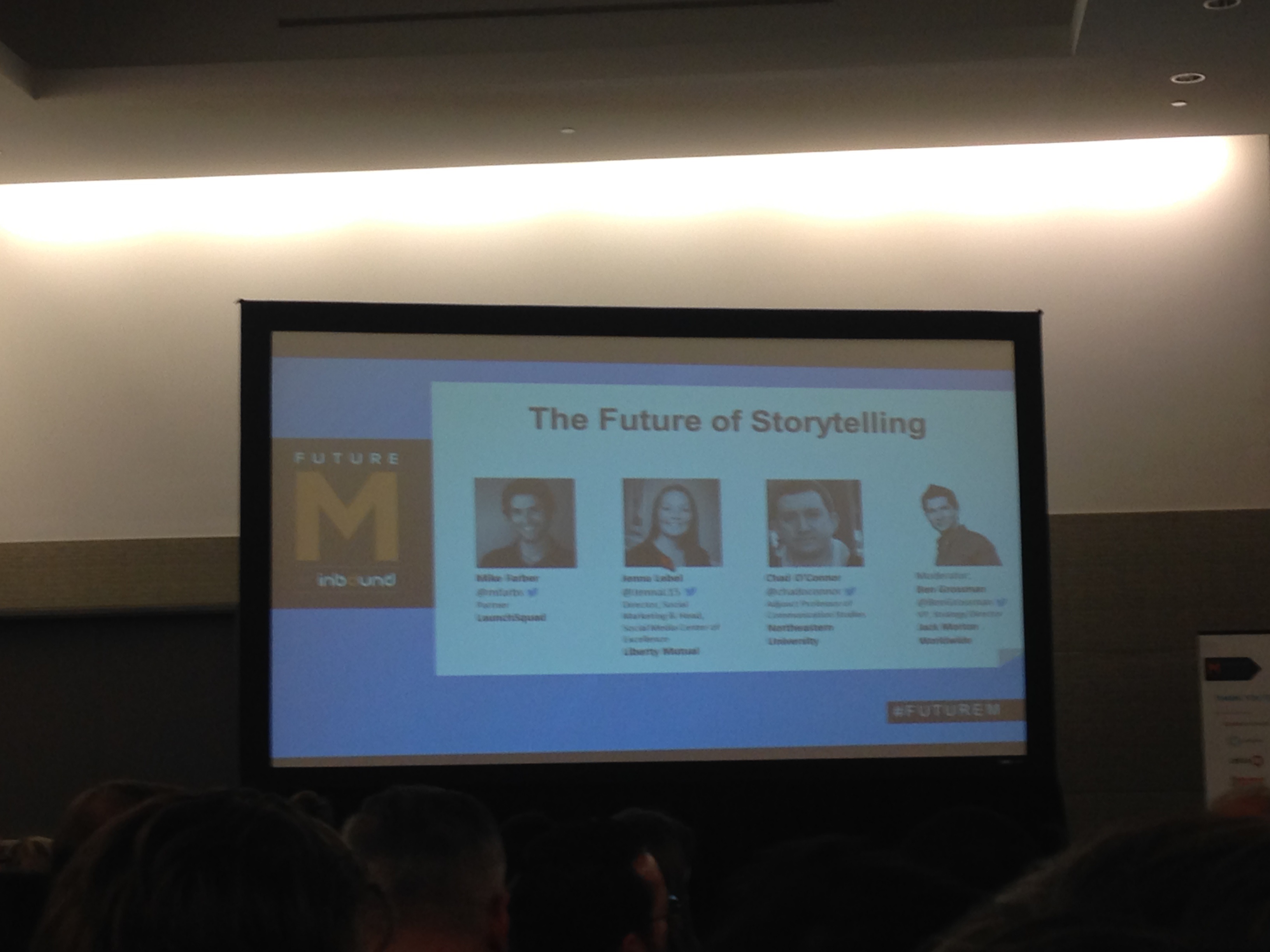 Next up was The Future of Storytelling, which featured panel members that brought diverse views and experiences, ranging from the Director of Social Marketing at Liberty Mutual to a Communications Studies Professor at Northeastern University. The one thing the panel agreed on was the definition of the future of storytelling - that the story is going to be told by the consumer. Liberty Mutual Director of Social Marketing, Jenna Lebel, talked about the company's involvement as a sponsor in the 2014 Olympics. Instead of promoting Liberty Mutual, the company focused its campaign on the brand's purpose – helping people get back on their feet. That certainly applied to the 10 Olympians with whom the company partnered, all of whom told stories of some kind of comeback moment. The campaign was such a success that consumers reached out to Liberty Mutual via Twitter about including Olympic skier Heidi Kloser in their campaign. Kloser suffered from a much-publicized fall on the ski slopes one day before the opening ceremonies, leaving her with a fractured leg and torn ligaments. Liberty Mutual quickly included Kloser in the campaign and became a hit in the media, proving how consumers truly are the future of storytelling.

I travelled from the Engaging Content track to the Innovation track, catching What TED Talks Can Teach You About the Future of Marketing. I know I'm not the only one who has spent hours on YouTube watching inspiring TED talks, so naturally this session was a huge draw to the FutureM crowd. The presentation was led by the room-commanding Tamsen Webster, the Executive Producer of TEDx Cambridge.

Webster explained how approaching the future of marketing and developing a TED talk starts with the same mantra – “know, believe, do.” She said the first step of the process is asking the following three questions:

After showing us many powerful TED talks that did, indeed, rely on this structure, Webster explained the importance of not only informing the audience of an idea, but showing them. Her example was a client that sells hospital beds. She explained that those beds won't sell by simply acknowledging a hospital that needs new beds. Instead, show them how those beds will solve a problem for them, such as higher beds that address workers compensation issues by not requiring nurses to bend down to help patients.

For Webster, it's all about knowing, believing and doing to truly get an audience's attention. “I could tell you, but it's better to show you,” she said. “An audience must know in order to believe.”

That's all folks - thanks for checking out Part II of Tier One's FutureM recap. We can't wait for another round of inspiring sessions at next year's FutureM, which is scheduled for October 2015. See you then!

FinovateFall 2014: A Two-Day Feast for the FinTech Glutton