April Fools! Getting the Last Laugh with Brands and Pranks

So, what happens when brands get in on the fun? It's long been a fun custom among top brands to concoct some April Fool's Day pranks of their own. It is, afterall, the one day of the year where brands can step a bit outside of their usual (sometimes uber serious) zone, and stir up a little fun and conversation.

Social media and the Internet of things have taken this tradition to a whole new level, and created an annual competition of sorts as brands try to create the next viral hoax.

Of course some caution is required. Everyone loves a good joke, but where brands are concerned it's best to be careful not to take it too far, or the joke may be on you.

Here are some of Tier One's favorite April Fools' Day pranks from brands:

Although not truly an April Fools' Day prank, you can't talk about Internet hoaxes without mentioning the hoax that started it all. This press release of still unknown authorship is considered to be the first Internet hoax to reach a mass audience. The faux release included quotes from Bill Gates, promises of online access to all of the sacraments, and stressed how groundbreaking this merger was:

VATICAN CITY (AP) -- In a joint press conference in St. Peter's Square this morning, MICROSOFT Corp. and the Vatican announced that the Redmond software giant will acquire the Roman Catholic Church in exchange for an unspecified number of shares of MICROSOFT common stock. If the deal goes through, it will be the first time a computer software company has acquired a major world religion.

The hoax was so convincing that Microsoft had to eventually issue a formal denial of the claims.

It's no secret that Google's services are ever expanding, but something smelled a little funny about these new olfactory search features announced April 1, 2013. Sadly, the ability to search for smells remains science fiction, but the prank was priceless:

Last April Fools' Day, Twitter users were handed quite a shock when the company announced they would be shifting to a two-tiered service. A blog post outlined the new pricing structure, which would charge $5 a month for the use of vowels. Twitter, even provided a mockup to illustrate the change: 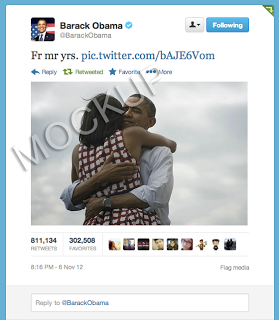 We've all seen some strange things on April Fools' Day, but the flying penguins in BBC's 2008 short documentary was one of the strangest. This prank, which promoted BBC's iPlayer, startled millions of viewers across the Internet as they watched these flightless birds take to the skies:

Now it's time to sit back and see what this year's April Fools' Day has to offer. Have a happy fun-filled day from all of us at Tier One! May the jokes be ever in your favor!

For even more branded hilarity from April Fools' Days gone by check out this great list from Mashable of the top brand pranks of 2013: The Ultimate Roundup of 2013's Biggest April Fools' Day Pranks

4 Pearls of Wisdom from the Female Leaders Who Live Them