I Love You, I Hate You: "It's Complicated" with Brands and Loyal Customers 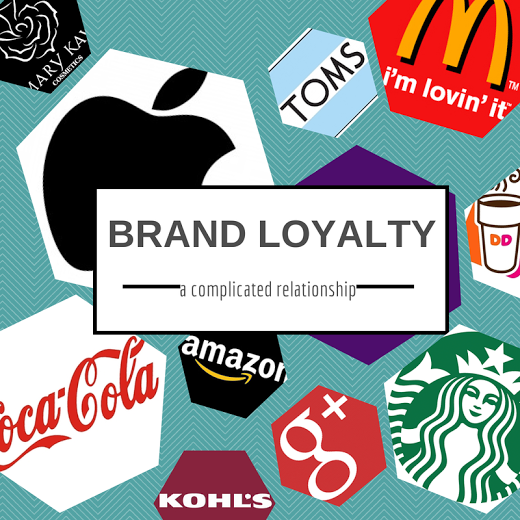 There's a psychological phenomenon called "semantic satiation" in which repeating a word or phrase over and over again causes the word to lose its meaning. Try it. Pick a word, any word, and say it a dozen times. By the time you get around to six or seven, it's likely the word will register as nothing more than a meaningless sound. The phenomenon is so common that it's sometimes used as a literary device. It's even made its way into pop culture. Watch Jon Lovitz experience semantic satiation with the word "tartlet" here, in an early – and oh-so-funny – episode of Friends.

As a marketer, I've occasionally experienced semantic satiation with the word "Brand." Why not? We certainly talk about it enough. Go to Amazon and search for books about "brand" and you'll get 1.3 million results. Whether it's defining, redefining, bolstering, building, solidifying, extending or analyzing a "brand," we use the word so frequently that you can't blame me for questioning whether "brand" actually means anything. GASP.

But that's crazy talk. We all know and understand that a company's brand is paramount – recognized by many to be its most important asset. But what we're also waking up to is that a brand's meaning has never been more fragile. That's the crux of a great New Yorker article from earlier this year by James Surowiecki titled "The Twilight of the Brands." Modern day marketers are faced with an enormous challenge – our buyers are no longer loyal. Surowiecki calls it a nightmare and, when you consider the following statistic from his article, he's not being hyperbolic.

Only twenty-five percent of American respondents in a recent Ernst & Young study said that brand loyalty affected how they shopped.

So maybe questioning whether a brand actually means anything isn't all that far off. Consider a recent study by the global communications firm Havas Media that found most people worldwide would not care if more than 73% of brands disappeared tomorrow. No doubt, and as Surowiecki accurately conveys, brand loyalty is disintegrating as consumers have gained access to more information – enabled by the Internet – and turned to social media to get recommendations from friends or accelerate the discussion around a terrible product. As a result, companies are held more accountable for the quality and value of their products. But being more accountable does not mean that it's impossible to build and instill loyalty. Loyalty can be gained and cultivated through meaningful conversations. If lost, it can be reclaimed. The key is remaining useful.

We champion meaningful conversations quite a bit on this blog – and it's not about amassing a following via social media. It's about communicating without selling. Instead of pitching products and services, companies deliver information that makes the potential buyer more intelligent. It's helpful content that wins over minds but doesn't neglect the heart, compelling us to share.

Consider Apple. Just last month, Google surpassed Apple as the world's most valuable brand. Millward Brown, a New York-based research firm, cited the "growing perception that [Apple] is no longer redefining technology for consumers" as one of the reasons the sterling brand lost 20% of its value. And while the Beats acquisition may have shifted sentiment these past few weeks, I wonder: if Apple had taken to social media at some point during these last couple of years to share useful content (as Google does) would it have lost so much brand equity? I don't think so.

You can find some of our best blogs on meaningful content and authenticity for brands below. In the meantime, chime in. Let us know – do you still feel loyal to certain brands? Which ones and why?

"Great work. When the thinking is spot on, the execution is flawless and the right results are there, it’s a beautiful thing. The client sees the value, recognizes the contributions to the business and views the external PR team as a true extension of his own. That’s motivating, and it’s the best part of the craft."

5 Ingredients of a Great Blog